Ambassador of Sri Lanka to the Republic of Korea, Dr. A. Saj U. Mendis, during the keynote  address at the Diplomatic International Forum of Seoul, held a couple of days ago, elaborated and enunciated the touristic attractions and attributes of Sri Lanka and urged the participants to consider the forthcoming holidays to visit Sri Lanka. The audience consisted of a number of university students, people engaged in travel and tourism industry, diplomats, professionals and others consisting of over 100 at the aforementioned forum. The address of Dr. Mendis lasted approximately one hour and opened the floor for Q&A session as well. 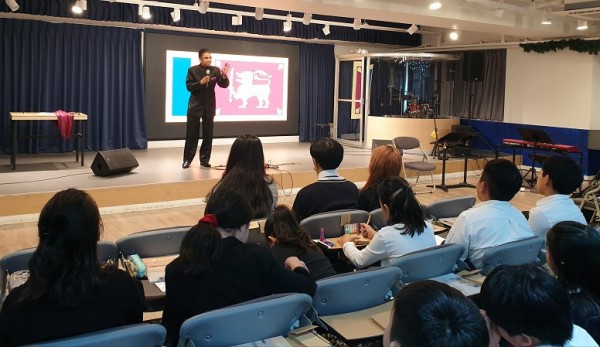 During the address, Dr. Mendis touched upon tourism industry on a global basis and its contribution as well as the potentiality of tourism in Sri Lanka. He added that in year 2018, only 16,000 Korean nationals have travelled or vacationed in Sri Lanka. This number was a minute figure compared to the total of 22 million Koreans, who have travelled out of the Republic of Korea in the year 2018. In other words, most of the Koreans who had travelled overseas have travelled to China, countries in ASEAN region and Europe, amongst others. Ambassador Mendis distributed a number of different brochures depicting touristic attractions and attributes of Sri Lanka to all the participants. Most of the participants were fascinated and enthralled of the natural beauty of the country. He further added that Sri Lanka, today, is safe as any other country in the world and compared to countries such as Japan, South Korea or Switzerland. Dr. Mendis also added that the National Geographic, BBC Good Food Program, Lonely Planet and CNN, to name a few, have chosen Sri Lanka as one of the most sought after touristic destination in the world. At the Q&A session, Dr. Mendis stated that today one out of 11 persons who are employed/working in the world is engaged, either directly or indirectly, in the sphere of tourism and accentuated the vitality of this sector on a global basis as well. He also added that the Government of Sri Lanka too considers tourism sector as a seminal economic pivot in her developmental trajectory under the new Administration. 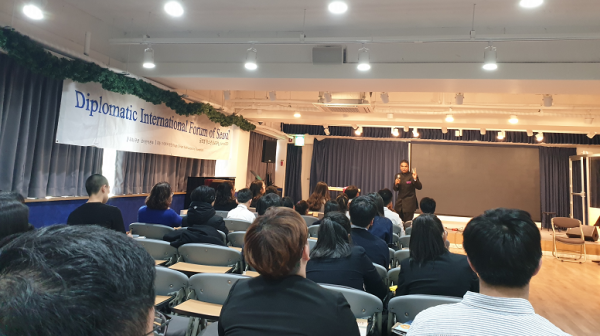 Dr. Mendis stated that Sri Lanka is literally and metaphorically overwhelmed with fauna and flora and has some of the most breathtaking scenic views with tea gardens, beaches, paddy fields, mountains and waterfalls as well as different climatic conditions within a space of four to five hour drive within the country. He added that no country is endowed with such diverse and assorted attributes and characteristics as of Sri Lanka. Dr. Mendis stated that most of the tourists, who travel to Sri Lanka, are the ones who had travelled before, often many times. He added that Sri Lanka, yet again, literally offers what South Korea does not possess and Korean tourists could enjoy vacationing or even engage in commercial or economic activity in Sri Lanka. Dr. Mendis concluded that the task as the Envoy in the Republic of Korea is to tap or to realize at least 1% of the Korean tourists to travel to Sri Lanka out of a total number of 22 million. This means the figure would be 220,000 opposed to 16,000 in 2018. He did qualify that achieving the aforementioned figure is the sole and singular objective and ‘onus’ of the Embassy and Sri Lanka Tourism, in particular, and the Embassy would traverse to any measure and length to raise the awareness and perception of Sri Lanka as a highly desired touristic destinations, thus facilitating and encouraging Korean nationals and other nationalities in Korea to travel to Sri Lanka.