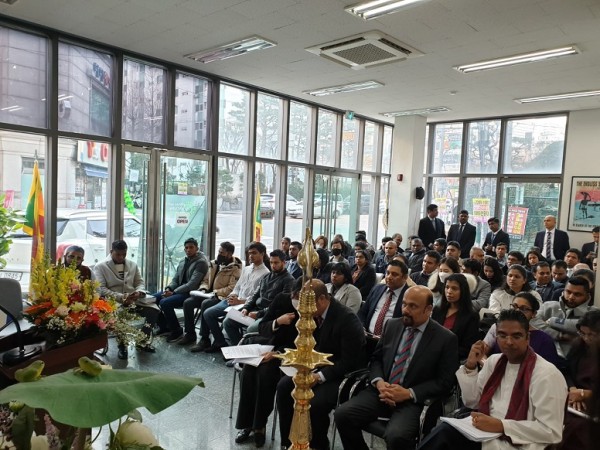 The Embassy of Sri Lanka in the Republic of Korea celebrated the 72nd Independence Day at the Premises of the Embassy on the 4th of February 2020. A large number of Sri Lankan expatriates domiciled in the Republic of Korea along with select invited Korean nationals and other nationals also participated along with the Honorary Consuls of Sri Lanka in South Korea. The celebrations consisted among others, invoking of the blessings of the major faiths of Sri Lanka by religious clergy and address by the Embassy to the invited audience. The compelling and succinct message of His Excellency the President was read by the Ambassador Dr. Mendis and followed by Counsellor Mr. Senarath Yapa and Head of Chancery Ms. Sasanga Nikapitiya, in all three languages, respectively. The messages of Hon. Prime Minister and Hon. Minister of Foreign Relations were duly read by Counsellor Ms. Rekha Mallikarachchi and Third Secretary Ms. Samantha Senanayake. There were cultural activities including a patriotic song sung by a member of the Sri Lanka Student’s Association of the Republic of Korea, Mr. Sanju Rukshan. All the invitees and guests were invited to enjoy the traditional Milk Rice “Kiribath” and other sweetmeat and traditional Sri Lankan food. It is encouraging to note that a large number of expatriates of Sri Lanka, in particular, attended despite the fact that the 4th of February was a working day with temperature well below zero as well as fear of Coronavirus, which was highly prevalent in the Republic of Korea. 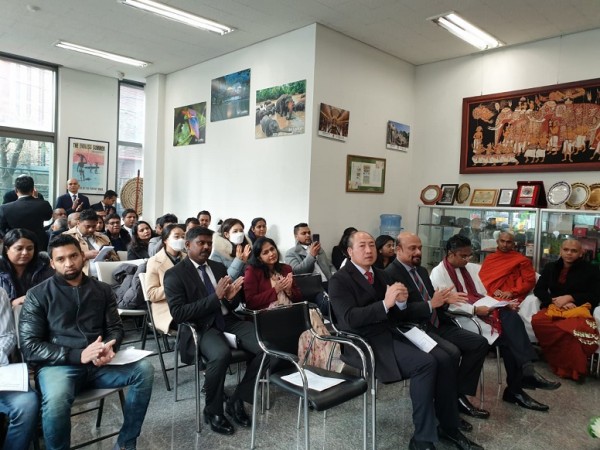 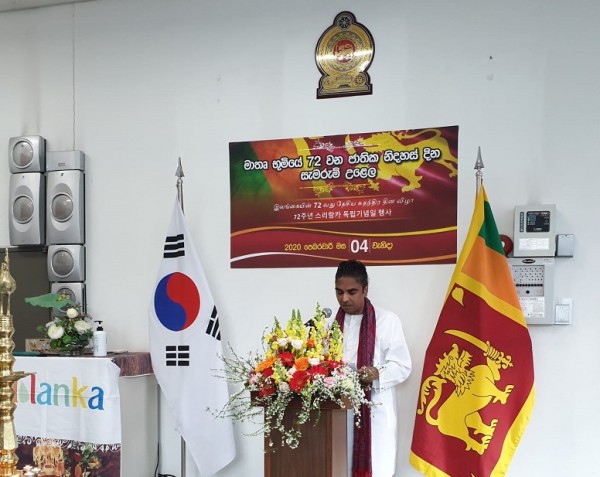 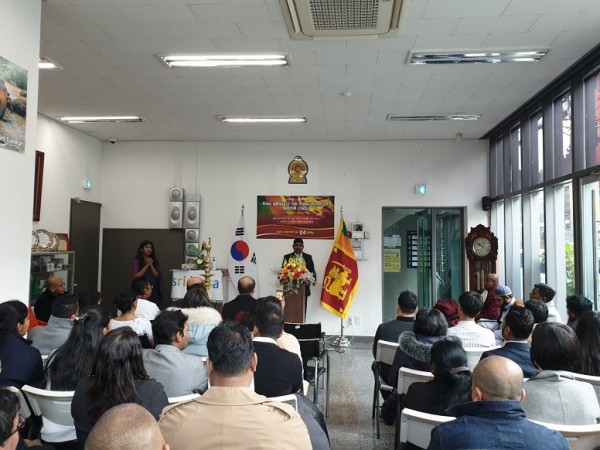