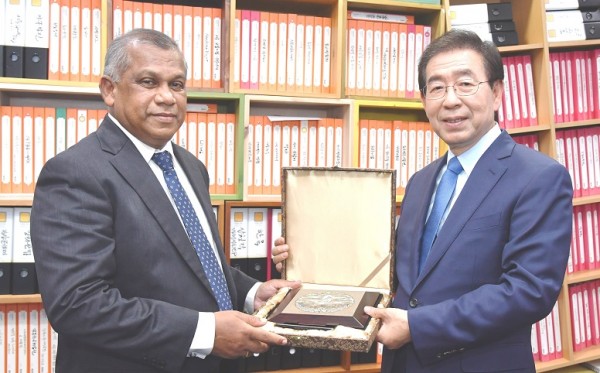 The Minister of Public Administration, Management and Law & Order of Sri Lanka Ranjith Maddumabandara with the Mayor of Seoul Metropolitan City Park Won-soon.

The Minister of Public Administration, Management and Law & Order of Sri Lanka Ranjith Madduma Bandara met with the Mayor of Seoul Metropolitan City Park Won-soon in Seoul on Tuesday 26 June 2018 during the Minister’s visit to the Republic of Korea on the invitation of the Korea Productivity Centre (KPC). The meeting focused on cooperation between Seoul city and Sri Lanka in areas related to public administration and law and order, as well as collaboration between Seoul and Colombo cities including within the framework of CitiNet, headquartered in Seoul and of which Sri Lanka is a founder member.  Minister Madduma Bandara also extended his warm felicitations to Mayor Park on his re-election as Seoul Mayor for the third consecutive term at the 13 June local government elections.  Mayor Park welcomed cooperation between Seoul city and Sri Lanka, and briefed the visiting Minister on his vision to further transform Seoul into a "smart city" in preparation for the Fourth Industrial Revolution.

Sri Lanka’s Ambassador to the Republic of Korea Manisha Gunasekera, Chairman of Korea Productivity Mr. Noh Kyoo-sung, Additional Secretary of the Ministry of Public Administration and Management of Sri Lanka P.G.D. Pradeepa Serasinghe and senior officials accompanied the Minister to the meeting.  Mayor Park as President of CityNet visited Sri Lanka in November 2018 to participate in the CitiNet Congress hosted by Colombo city.  President Maithripala Sirisena was awarded Honorary Citizenship of Seoul Metropolitan City by Mayor Park during the President’s state visit to the Republic of Korea in November 2017. 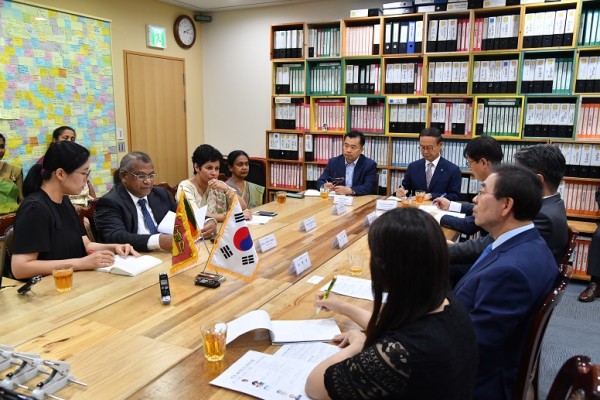 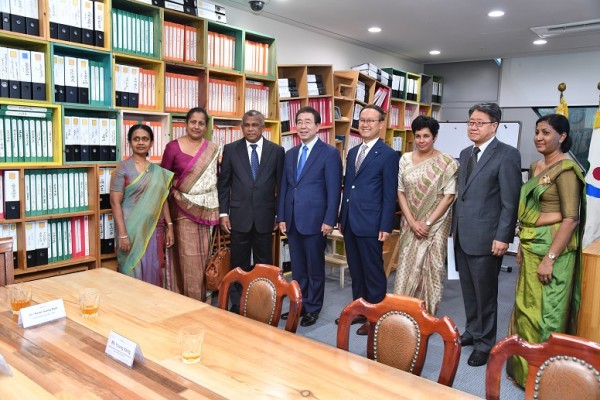