﻿  Ambassador Dr. A. Saj U. Mendis had a meeting with the Vice Minister of Culture, Sports and Tourism of the Republic of Korea, H.E. Kim Jeongbae, who is the second highest political personality in the Ministry of Culture, Sports and Tourism. During the meeting, both the Vice Minister and the Ambassador discussed a multitude of issues ranging from sports such as Taekwondo, Cricket, Soccer, Athletics, Horse Racing and Motor Racing; tourism from the Republic of Korea to Sri Lanka and vice-a-versa and cultural heritage of the two countries, amongst others. The meeting was arranged by the Ambassador of the RoK in Colombo, His Excellency Santhush Jeong Woonjin. 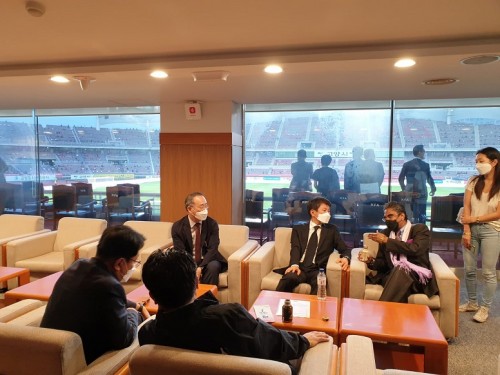 President of Korea Football Association (KFA), Mr. Chung Mong-Gyu, and Vice Presidents of KFA exchanging pleasantries with Ambassador Dr. Mendis at the VIP Lounge before the commencement of the Championship Football Match between the Republic of Korea and Sri Lanka 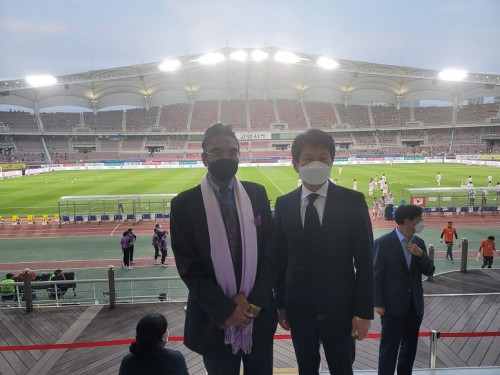 Ambassador Dr. Mendis and President of KFA, Mr. Chung Mong-Gyu, before the commencement of the Match at the Stadium. 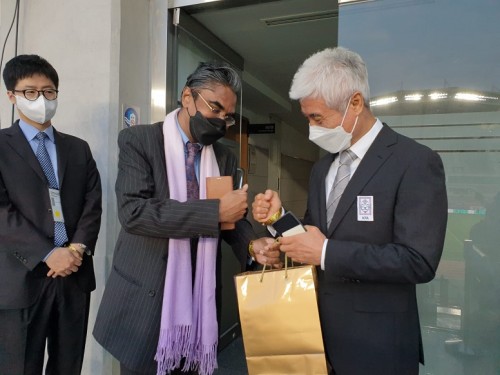 Dr. Mendis gifting Ceylon Tea to the CEO of KFA, Mr. Kyung Hoon Park, who has visited Sri Lanka in the past.